It's not every day you get to smell a whales breath. But first, how I got to that point. I Ieft Austin in Texas on a Friday morning about 6am. After stops in Houston, Chicago, Columbus (just for fuel), Newark it was onto my final destination of the capital of Iceland. And fitting for me, I had the rather strange experience of flying in a rock and roll plane. Iceland Express, the Icelandic budget airline also runs a plane rental business. So the plane I ended up in, from Newark, was formally the privately hired plane for the metal band, Iron Maiden. Sadly, all the luxurious rock star lifestyle glamour had since been taken away and it was fitted out like any other budget airline inside. After very little sleep from all my plane rides, I arrive back in Europe, sunny but far from the glorious hot temperatures of Texas. 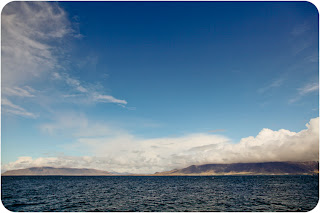 The 30 mile trip from the airport to my hostel lets me have my first glimpse of the bizarre lavafield landscape of the countryside. I check into the only just opened hostel, in a former biscuit factory, Kex, and rest myself into their rather big and stylish, but void of people, communal area. Do a little research on bands, places to visit and how to get around before checking into my room. I take a wander around the town, as I'm too tired and partially jetlagged to do anything too organised. I discover that a huge new conference centre called Harpa has just opened and that they have a free concert on that night. So at 7:30pm I enter they amazingly designed glass, steel and concrete structure. In one room, for the Euro loving Icelanders, they are showing the Eurovision song contest. What a treat for me, I got to see Jedward on a giant screen, with an amazing sound system, in a room full of bored looking Icelandic people. 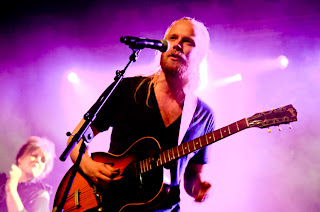 But then into the main concert room for 4 hours of bands, each playing about 5 songs each. I hadn't heard of any of the bands but some great music (and some average stuff) being played. I head back to the hostel after midnight and it's perplexing still to see the remains of the sun going down and knowing that sunrise is at 4am. Meet two guys, Jamie and Joe, from London and the US, in my room but they're both checking out. It seems that many visitors to Iceland, use it as a stopover from America to Europe and only really stay a couple of days. 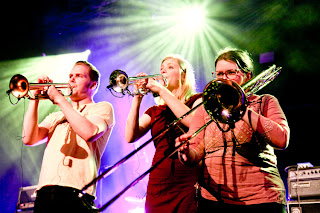 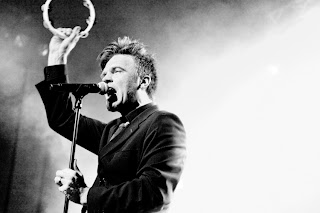 After a breakfast of Icelandic yogurt, bread and coffee, I edit up the concert photos from the night before, not bad, but I hope to shoot something a little more interesting whilst here. I take a walking tour around the town with the amazing philosophical Jonas, who explains some of the history of the island and shares his thoughts on the realities of living on a volcanic, bankrupt island. Later in the evening, I go to a tiny indie cinema and watch Children of Nature (Börnnáttúrunnar) . Interesting to see this Oscar nominated movie from the early 90's despite the cinema having a bunch of technical problems like no sound for parts of the film and the subtitles disappearing off screen. 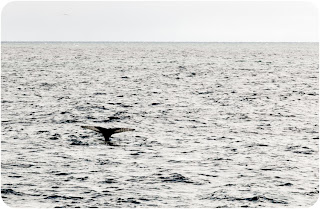 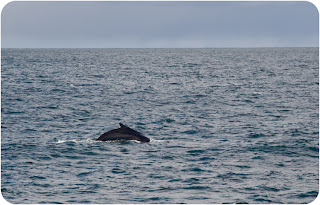 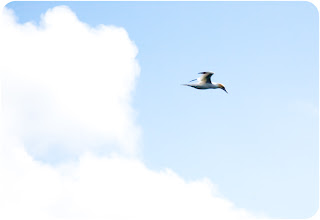 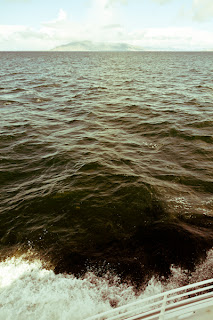 Onto the smell of a whales breath. On a bitterly cold morning, but bright and sunny, I book myself onto a whale watching tour with Elding. There's about 40 of us on a boat that brings us straight out of the harbour into the freezing Atlantic. We get given huge insulating suits and we need them as the cold wind standing on deck is pretty harsh. About 45 minutes of seeing nothing but amazing views, a few gulls and puffins, the first sign of a whale is spotted. We spend about 90 minutes seeing occasional flashes of both Minke and Humpback whales: fins, backs, and tail splashes; as well as lots of gannets, diving into the water. We're even 'lucky' enough to get to smell the breath of a Minke whale when it surfaces really close to the boat. We finish up with a trip past what is known as Puffin Island, though not a single puffin was out on display. The next couple of days have a little bit of music photography planned and probably a couple of the really expensive tours around the amazing sights of Island. And of course, a couple of trips to the naturally hot, geothermal swimming pools.