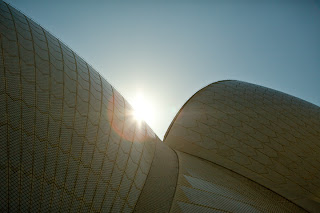 It's been a while since my last travel blog but seeing as I've travelled about 10,000 miles in the past week, I thought I should have something to say. I flew out of Austin on a Tuesday lunchtime, via a quick stopover in blazing hot Phoenix airport (115F) Landed in LA and waited a couple of hours for my 10 hour flight to another stopover airport, Nadi, in Fiji. Landing there as the sun was coming up, I think I'm going to enjoy my trip to the tropical island. But before that, it's another 4 hour flight, to Sydney Australia.

Wednesday, the 24th August 2011, is a day that I will never experience. Because when you fly across the international date line from west to east, the day just skips ahead, so it wasn't until thursday that I landed in Sydney. To combat the rather extreme jet lag, after checking into The Blue Parrot, in Potts Point, I took a wander in the winter sunshine, down around the harbour and the botanic gardens. After a pie from the famous pie cart, Harry's Cafe de Wheels, it was back to the hostel for an early night to combat the extreme tiredness. 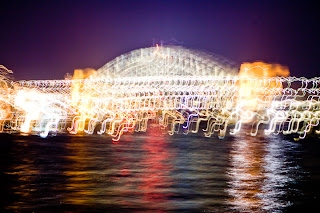 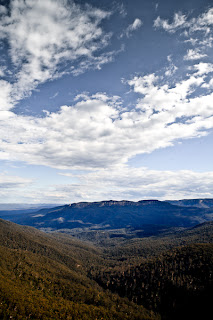 Like in many big cities, Sydney has great free walking tour, led by a local guy, I spent several hours wandering around the centre of the city, learning a little bit of the cities history and learning my way around. The following day I was up early for a trip to the Blue mountains, west of the city. Led by our guide, Les from Oz Trails, a group of travelers took a drive up to some amazing scenery and took a walk through some rainforest, a few cable cars between some cliffs and then the world steepest railway back up from the valley floor. After the slowest lunch service in history at the Red Door Cafe, we took the ferry back across Sydney Harbour Bay at sunset, arriving back by the Opera House at dark. On sunday I had several hours in the morning before heading back to the airport, so I visited the Sydney Aquarium. It's a nice treat to see some of the creatures that hopefully I'll get to see when swimming in the Great Barrier Reef. Who can't love a snake necked turtle or a huge dugong. It's just under three hours to fly up the east coast of Australia from Sydney to tropical Cairns. Landing there at night, it's clear Cairns has the atmosphere of a much smaller city, the temperature and humidity are higher and palm trees are everywhere. 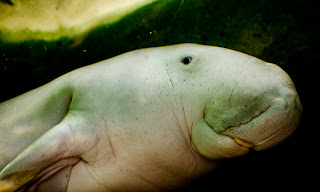 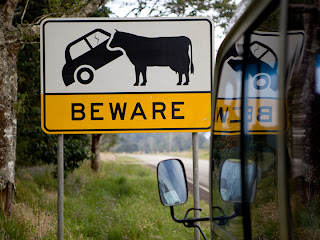 For my first full day in Cairns it's Monday morning, To start my time up here, I hire a bike and take a long cycle up to Crystal Cascades. It's a waterfall up in the hills behind Cairns, and has multiple swimming holes below it. I spend the evening around the Esplanade, down by the coastline. By tuesday morning I'm almost over my jetlag and I do my first real tourist adventure. At 8am I'm a minivan with Sid, my Australian tour guide and 4 other travelers on a trip to the tropical rainforest. We head up the mountains, until the landscape changes to true rainforest full of vines, huge ferns and the prospect of seeing lots of animals. At one of the places we visit we see the extremely rare, and rather dangerous, cassowary. We also get to do some swimming in various swimming holes including the waterfall made famous in multiple tv adverts and music videos, Millaa Millaa falls. A quick trip to a platypus spotting creek before we get back to our lodging. Back in the 'On the Wallaby' hostel, we enjoy a home cooked meal. After a cup of tea and a bit of relaxation we head back out into the dark for a night canoe through a local lake and with some torches, we spot some a rare tree kangaroo, lots of birds, flying foxes, lizards, a python, and also some possums and lots of paddy melons (kinda like mini, fat kangaroos). The following morning, myself, and my four traveling companions, (from Switzerland, Spain, England and France) take a bike ride in the drizzling rainforest. We see the rainforest living up to it's name, getting fairly soaked, meeting lots of tiny leaches who love attaching themselves to our ankles. After a dip in the cold lake, we head for some lunch (a reef & beef burger for me) we go back out in canoes, this time in the daylight, spotting wallabies. We get to a shallow area of the river and spend some time using traditional aboriginal stones to do some rather ridiculous looking face painting (pictures coming soon) A bus ride back down the mountain and it's goodbye to some more new traveling friends. 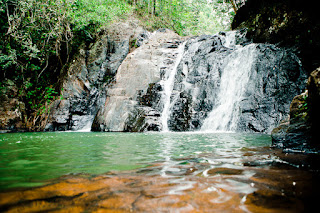 Back at the hostel is free pizza and beer and a presentation from a local dive company. Perfect timing for me as I was just about to book a diving trip. So get myself a great deal, for a 3 day diving trip, sleeping aboard a boat out on the reef. So this morning is back down memory lane as I try to remember my diving training from three years ago. A refresher dive in a pool in the middle of Cairns just to remind myself how to take on my mask under water and how to breathe from the tanks again. So tomorrow is an early start off to the great barrier reef, a few days of isolation, adventure and hopefully lots of fish and sea creatures.