Arriving in San Francisco, California I don't really know what to expect; like so many others, all I've ever seen of California is on TV shows and movies. When I get here it is sunny but not all that warm, the streets are filled with a frenetic combination of bearded homeless people, tourists, hipsters and people trying to go about their business. I check into The Adelaide hostel, just off Geary, right in the heart of downtown tourist central. I spend a little time wandering the main streets, absorbing all the new sights and trying to figure my way around the city centre. That evening I head off to Viracocha, a strange antique shop selling all manner of overpriced old but pretty junk, typewriters and with a stage in the basement. I'm here to meet up with a colleague of Shelby's who used to work in her pizza restaurant in Sumner, Washington a number of years ago. So down in the basement are a collection of people watching various people get up on stage to perform their poetry, or their songs. It's great to see talented people delivering their words and their songs with such passion in such a friendly welcoming way. My favourite has to be Charlie, a cap wearing poet, a former bike courier and as I discover a little later in the week, a big soccer fan.
The following morning I turn into a fully fledged tourist and after my free hostel breakfast of bagels and muffins I head to the piers for a ferry to Alcatraz, the former military base, former prison, former site of an American Indian protest against the US government and now a national park facility. A really interesting audio tour guides you around the prison block and there's some great views of the city and the Golden Gate bridge, as well as beautiful gardens and loads of sea birds who now live on the island. After my tourist duties done, it's off to the 32nd birthday of the guitarist from the band, The Secret Secretaries. Shyeanne is the lead singer of the band and she kindly offers up her couch for me to sleep on afterwards. A great evening starting off in her apartment, followed by a walk through Chinatown to Sean's place. A little later we head out to a local pub where some dominos are played, though I've still no idea what the rules are. After getting back to my couch and getting under a duvet, the two, 3 month old kittens that live in her place decide I am ready to play with them. They spend the next hour jumping on me, from my toes to my head. Every time I stay still for more than a couple of seconds, they see it as a sign I want to play. So at around 2:30am I make the decision to go back a block around the corner and check back into my hostel so I can get some sleep. I check back in and get a different room this time. Not your typical hostel that I've got used to over the past 2 1/2 months, this room has about 10 beds, all arranged like a submarine or a tourbus or one of those Japanese capsule-hotels, little bunks with curtains stretched out along a corridor shaped room.

I get up pretty late but my plans aren't what one would expect of a trip to San Francisco. I head to a Mexican soccer cafe in the Mission district, a pretty rough around the edges 'hood. But it's Man Utd vs Chelsea in the Champions League quarter finals and I meet up with Charlie from the previous night and we discuss why American soccer is just as bad as League of Ireland football. A glorious 2-1 win for Man Utd, followed by some Huevos Rancheros for a late brunch and I head off for an afternoon in the San Francisco Museum of Modern Art (SFMOMO) It's a huge building with about 5 floors of contemporary artwork, including a huge photography section. With no plans for the evening and needing some sleep I go watch a movie (Hanna – A Joe Wright directed filming staring Saoirse Ronan as a murderous German hitgirl)
The following morning I move hostels, to the USA hostel on Post St. It's the highest rated hostel on the booking website and any place that offers free lemonade & milky-ways on the way in can't be bad. I meet two Scottish girls in my dorm room, who are on the last day of a 9 month trip. I'm not looking forward to the day when I'm in that position, still lots more traveling to be done. There's a little bit more Champions league at brunchtime with Spurs vs Real Madrid. I spend the rest of the day, wandering the city, browsing the shops, visiting the tourist hellhole of Pier 39 and then at 6pm I head up to the AT&T stadium for my first ever baseball game. It's the San Francisco Giants vs the LA Dodgers, two classic teams and the giants are the current World Series Champions. I have the cheapest tickets which means standing behind the bleachers but it's a great view. Despite the cold wind and the overpriced food and drinks ($5 for a coke, $9 for a bowl of soup) it's a good experience, though nothing as good as the excitement of watching a football or rugby game. There's so much time where nothing is happening. But the Giants win in the end making a lot of fans here very happy it would seem. Though most of the cheering is because the big screens are telling them to ' Make some Noise!'

For my last full day in the city, I decide it's about time I go see the most famous site, the Golden Gate bridge. So two buses and about 45 minutes later I'm walking over the massive famous red bridge. After taking a couple of terrible touristy photos I take a long stroll back down the piers to try and get to the SF chocolate factory, Tcho in time for a 2pm tour, but sadly I miss my Willy Wonka experience and have to make do with a great mocha. With not long left, it's time for some music photography. About 18 months ago, I first met the Joy Formidable when they were the support band on an Editors tour in the UK. But tonight they are headlining the 'Bottom of the Hill' It's a small but really nice venue and it's sold out. I also meet their support band, Washington band, The Lonely Forest and Alex from the video website, intheopen.tvhttp://intheopen.tv/. If offer my cinematography services and end up shooting an acoustic session with the band. A long chat with Alex about the challenges of making money in the music business and then it's showtime. Two great performances from both bands. And then it's off for a final slice of San Francisco. At 16th and Mission, every week a group of musicians & pets get together and perform on a street corner. I meet up with Charlie and Shyeanne again, have a beer, watch some homeless people invade the performance circle, get told to go find a poet called Potlid in Austin and then it's off on the Bart back to my hostel. I'm up at 6:30am this morning, time for a shower and make your own pancakes before going back to SFO for my 10am flight to LA. From LA, it's a three hour wait before my flight back to Austin Texas. A couple of weeks in the south await me. Hot sunny weather, lots of music, barbeques, more swimming with turtles in rivers are all on my agenda for the next few weeks. 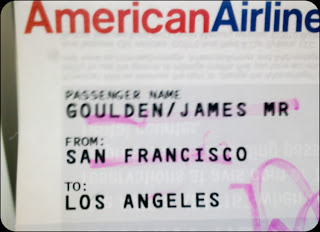